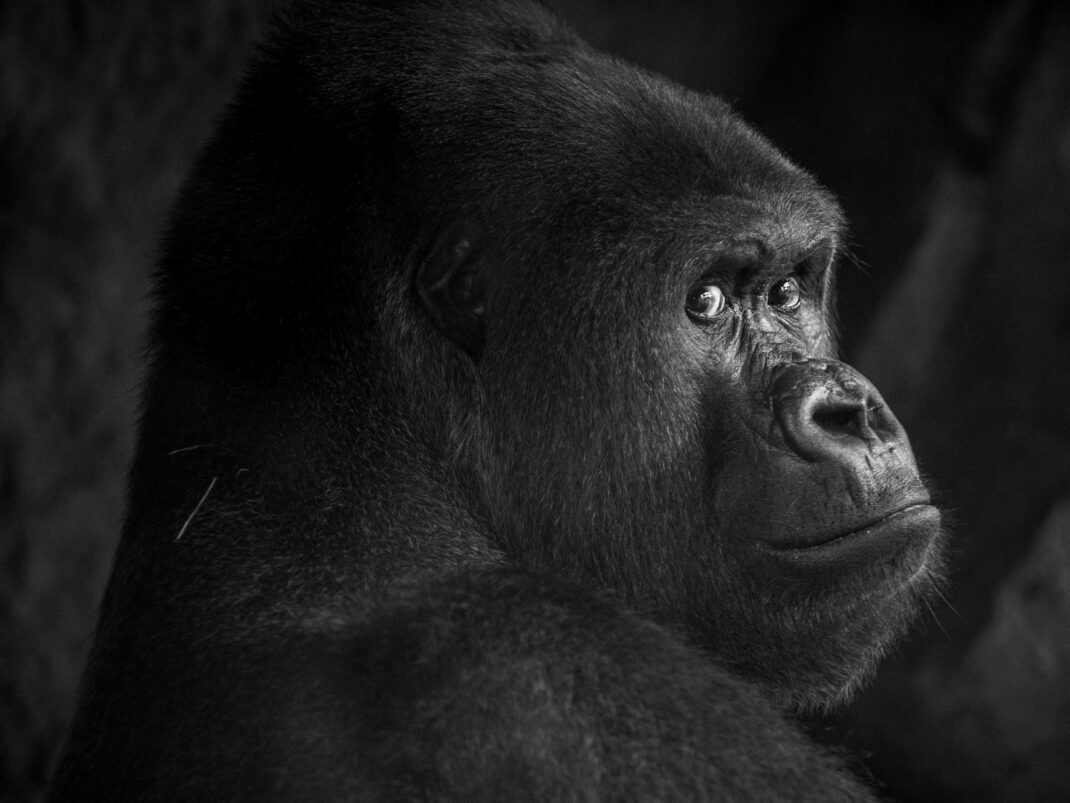 ON The last weekend I went to the zoo in Frankfurt – and I realized, that I never made photos there. So it was about time to make some pictures there and obviously it was a good location for another article about my experience making photos in the zoo.

“Zoos are boring – get your axx to the wilderness, like every serious photographer!”

Well, I would like to – but I don’t have any vacation left for the rest of the year, maybe in Okinawa ;). Besides that it’s also possible to make some nice photos in the zoo, even though the panes are disturbing and animals are much more interesting in their natural environment. There are a few things to consider if you want to make good photos in the zoo and today I will tell you from my experiences on the last weekend.

As often one of the first questions before starting a trip is what kind of gear to take with you. Thinking of the zoo longer focal lengths come to the mind because the animals are often far away: Too bad my longest focal length is 75mm, 150mm calculated in full frame. This is considered too short for many photographers when making phots in the zoo for sure. The M.Zuiko 75mm F1.8 on the other hand has the advantage of the wide aperture of F1.8, that allows the isolation of subjects and it really helps in the inner areas of the zoo where light is an issue. Especially with long focal lengths you get blurred pictures when your shutter speed is too slow in low light or you have to cramp up the ISO of the camera and end up with lots of noise in the photos. Both of these problems don’t really exist with the M.Zuiko 75mm, it’s very sharp even wide open so you can use it at F1.8 without problems. Alright, that one goes to the bag.

The next thing that comes to my mind is the aquarium – it’s really dark there so you need a lens that gathers lots of light. the focal length doesn’t need to be long because often you are standing right next to the aquarium and the animals are near the pane. I took my fastest lens with the widest aperture and added it to the bag, the Panasonic Leica 25mm F1.4.

Last but not least there are also small creatures in the zoo, like lizards, spiders or insects. Again, no need for a very long focal length because the animals are not far away from you – but since we are talking about small animals a macro lens would come in handy. That’s why I brought my M.Zuiko 60mm Macro F2.8 with me.

That’s it – three lenses and the cameras I used were the Olympus OM-D E-M1 and the PEN E-P5.

Challenges regarding photography in the zoo

Sure, it’s much more interesting and challenging to make photos of animals in the wilderness than in the zoo, where animals are presented to you on the silver plate. Nevertheless it’s not completely simple:

Making photos through the pane

Talking about panes: This is an example of a photo that you might consider moving directly to the trash can – this is how it looked straight from the camera:

The photo was made through the pane, sharpness and contrast suffered considerably and the reflections are also ugly. Don’t underestimate what you can tweak in tools like Adobe Lightroom when editing the RAW file. I liked how the gorilla looked at me so I gave the photo a second chance. I made the following adjustments in Lightroom:

I converted the photo to black & white, reduced the highlights, increased the shadows and the white parts und significantly lowered the black parts. The last setting helps a lot in making the pane basically invisible. Some more clarity and contrast and you are done. You can see the result below and the photo became the featured photo of this article.

I think the result is quite good compared to the original photo from the camera. Don’t think it’s impossible to get good photos through a window – you need to make more adjustments when editing the photo but it might be worth it.

I will now show you the photos I took with the lenses, one lens at a time. I think in this way you get a good idea why the individual lens was chosen in the situation.

Most of the photos were made with the M.Zuiko 75mm lens. It’s one of my favorite lenses and the longest focal length I own, so it was the best choice for the zoo:

the macro lens was the second most used lens on the zoo. Nevertheless, I only used it in the reptile / insects area. Due to the slower aperture of F2.8 and the slightly shorter focal length it was only used when I wanted to get really close, in all other cases I preferred the M.Zuiko 75mm: 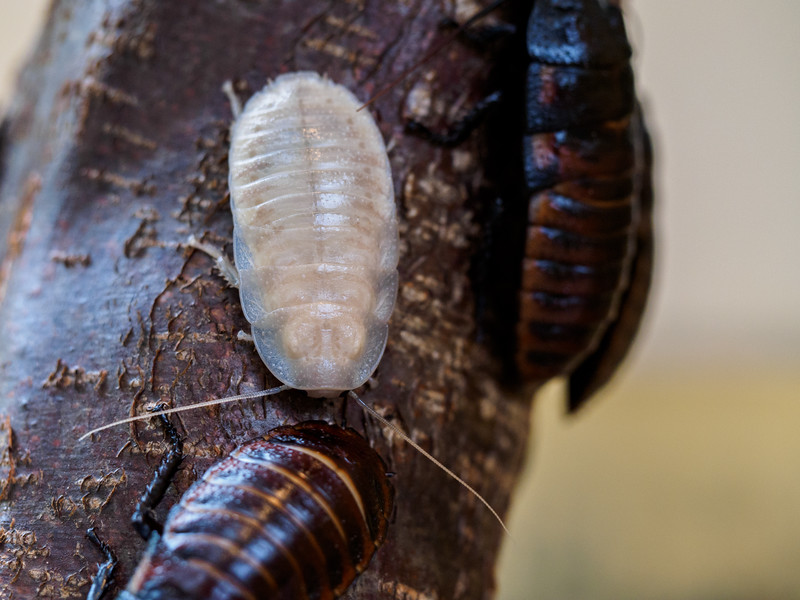 My “always on” lens was not used much in the zoo. The primary reason for that was the lack of time because we visited the aquarium at the end of the day and there was not much time left. With some more time I think I would have made some nice photos there but since I live 10 minutes from the zoo there is a good reason to come back. 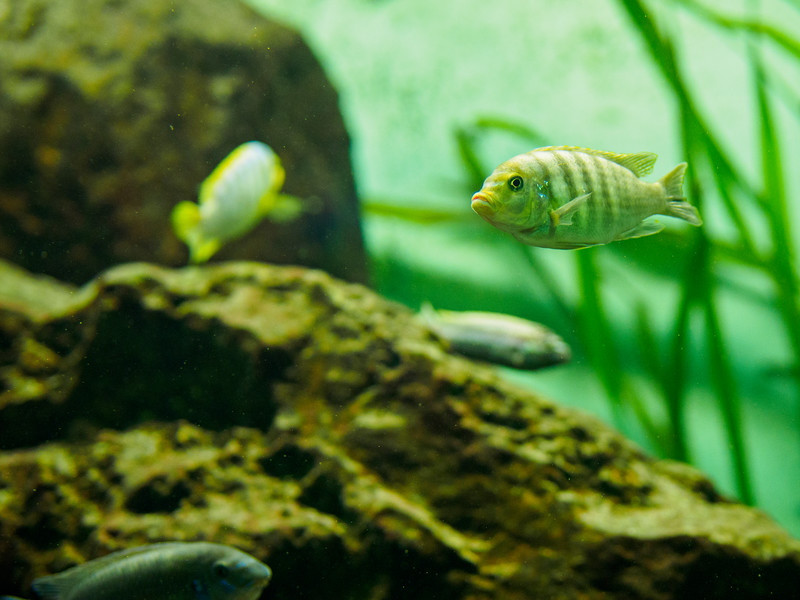 Do you need extremly long focal lengths in the zoo? Well, yes and no – there are circumstances where I would have liked to be a little closer but the 150mm of the M.Zuiko 75mm were enough about 90 percent of the time. Don’t underestimate the requirement for lenses with a large aperture, in the inner parts of the zoo the light is often bad and superzoom cameras don’t have a chance to produce good pictures in these circumstances. If you need a big zoom and a large aperture the lenses become very large, heavy and expensive – I consider my equipment as a good compromise.

I hope this short insight in my experience with zoo photography were helpful and interesting. If you have something to add or would like to ask questions feel free to use the comment section below praise is also welcome ;). 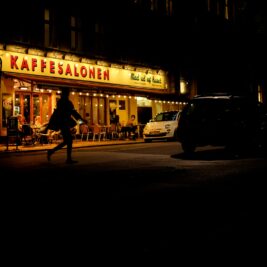