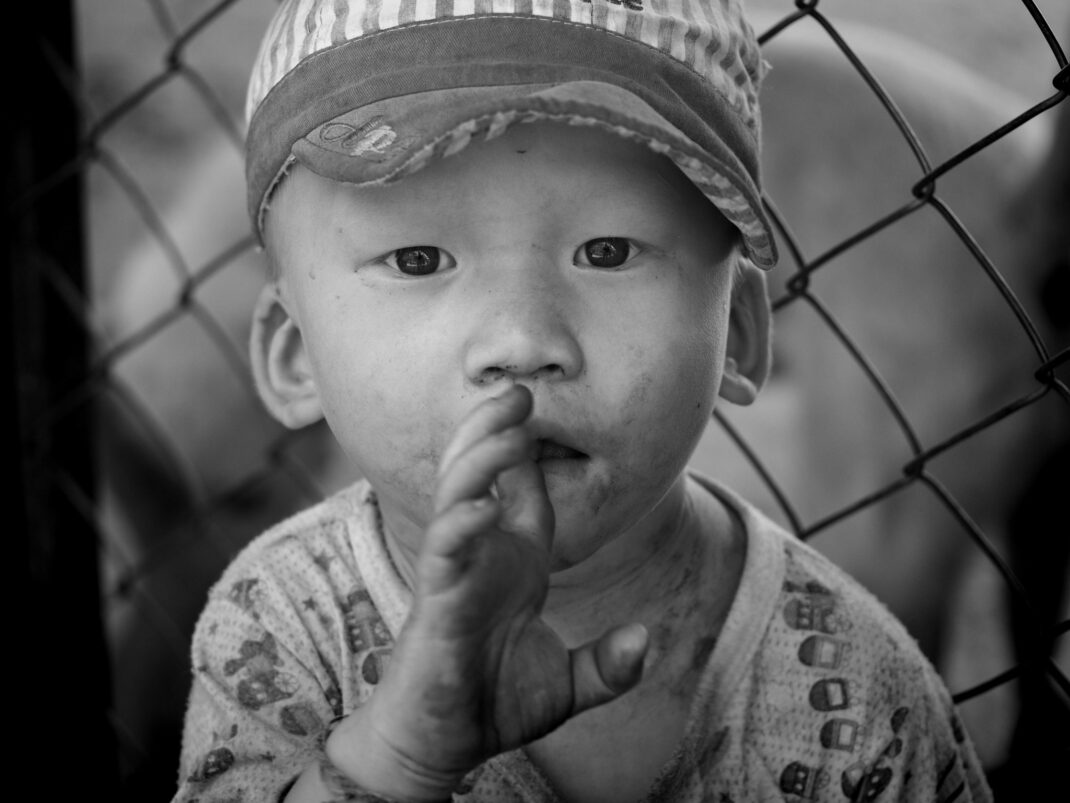 Thailand has nice temples and landscapes but the people and life on the streets were the more interesting photo subjects for me during my travel to Bangkok, Koh Chang and Chiang Mai in February 2015. Especially the kids got my attention. Asian children are often quite cute so they make a nice picture but on top they are curious and give you and interested look – and that leads to an interesting picture. Compared to most Asian people I am rather strong and maybe that helps getting the attention of the kids, too ;).

I don’t want to look threatening of course and even though I am big compared to most Asian people my cameras and lenses are small so they are not intimidating. I used an Olympus PEN E-P5 or an Olympus OM-D E-M1 with some prime lenses like the  M.Zuiko 17mm F1.8, the M.Zuiko 45mm F1.8 or the M.Zuiko 75mm F 1.8. Besides the small size these combinations have the advantage of a good autofocus and and a large aperture so I can make good pictures in low light, too. I was very happy with the equipment during the travel and the I made only one adjustment afterwards. I replaced the M.Zuiko 25mm F1.8 with the Panasonic Leica Summilux 25mm F1.4. Reason for that was the slightly larger aperture and the (according to my tests) more reliable autofocus in low light. Nevertheless, both are great lenses.

My journey began in Bangkok – even though I’ve been there for only 4 nights there were lots of nice photo subjects. Lots of people (need to) take there children to work with them and that lead to interesting pictures. 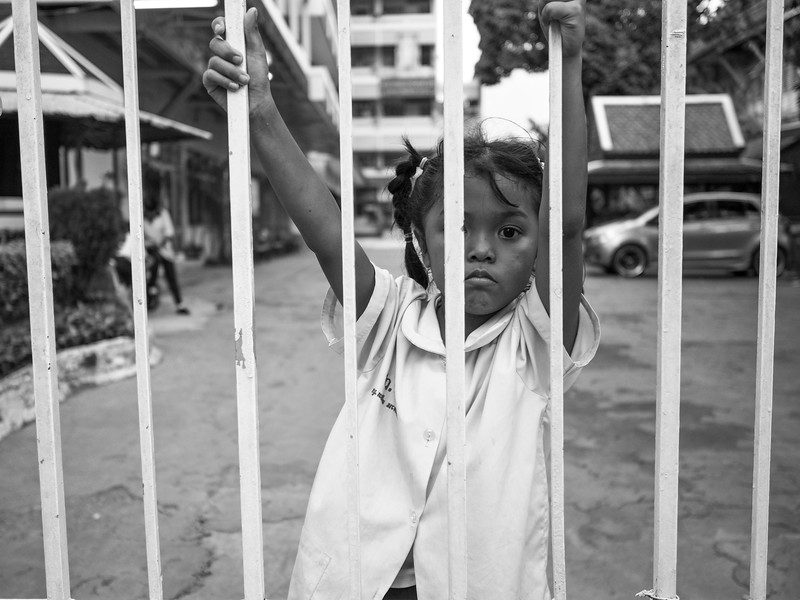 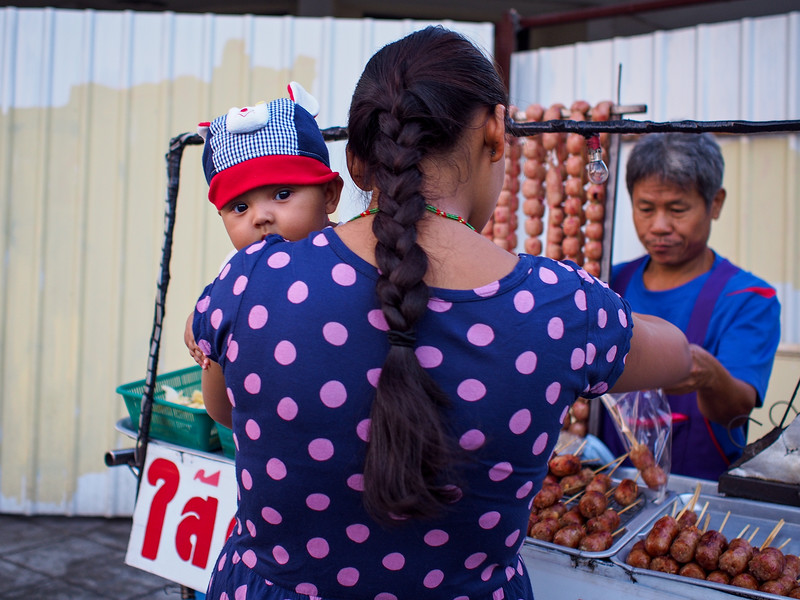 The first encounter happened early on the airport ;). Afterwards I had many nice impressions on the streets and (night-)markets of this nice city. 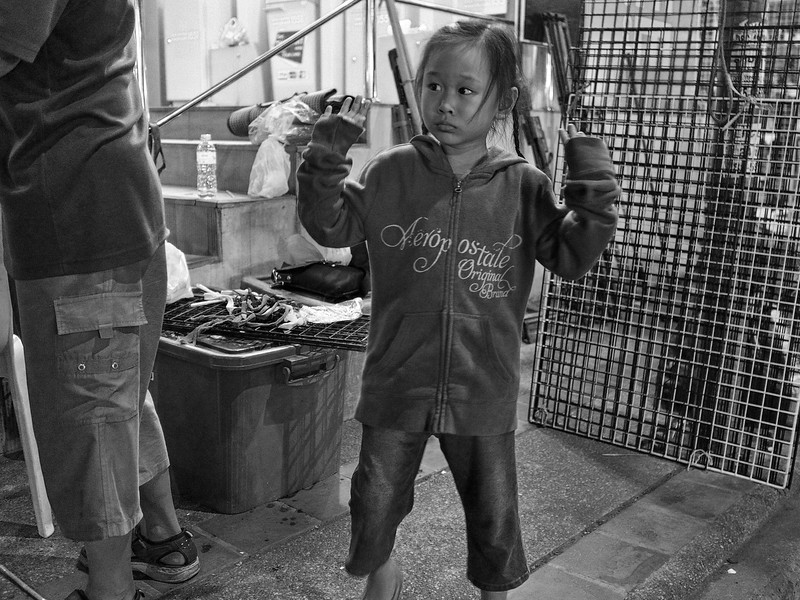 A drink on the market

I had a special encounter in the Elephant Nature Park near Chiang Mai. I used the M.Zuiko 60mm Macro lens, which is also suitable for portraits. The kid was helping the dogs in the park and unter his cap it was obvious that he is blond. Even though he has dark eyes it’ probably a pigmentary abnormality.

There were some impressions of Thailands kids. In my experience they were very kind and friendly and even though obviously poor they seemed happy. More impressions from Thailand will follow soon so if you don’t want to miss anything consider subcribing to my newsletter (link on the right).