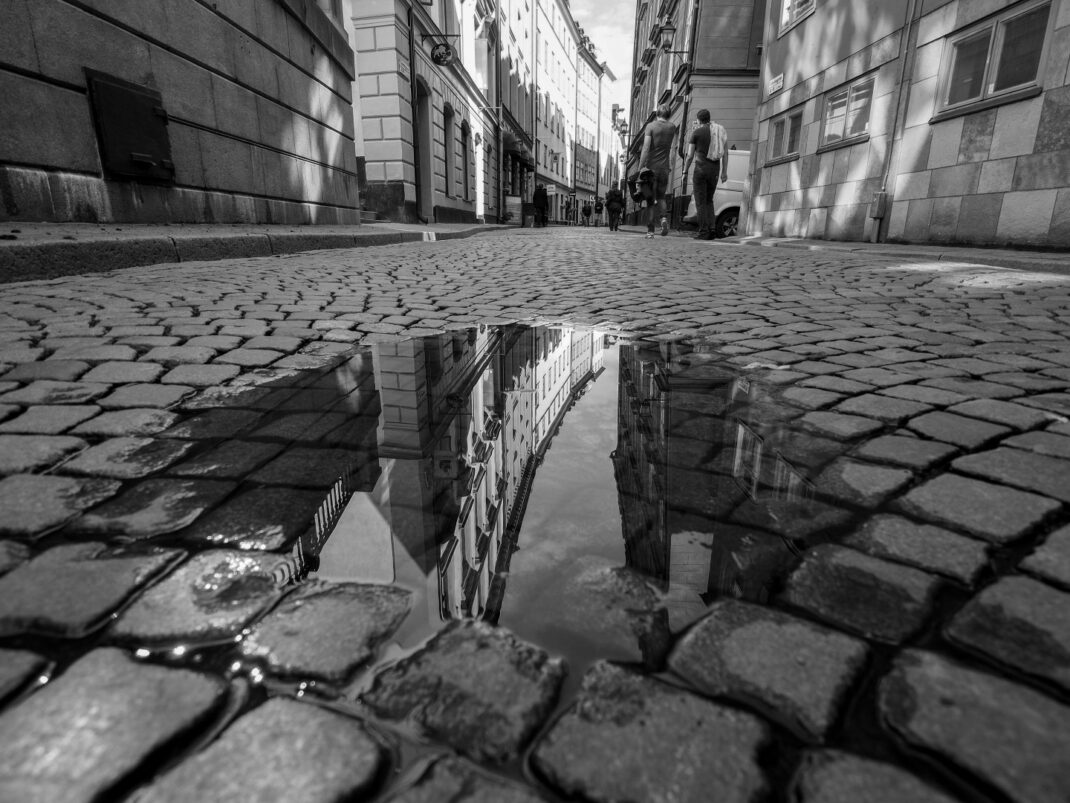 A short Trip to Stockholm

I have been in Stockholm about eight times, I don’t know the exact number. But why is there not a single photo of the city where I used to study in 2004 on my homepage until now? Well, I only started with some more “serious photography” in 2012  and that was the last time I have been to the city, that’s why I didn’t take any good photos before that time. In addition the journeys to Stockholm are always short trips with friends on a weekend were photography is not the main purpose, it’s more about the party and talking about old times. Nevertheless, now I really need to write an article about the city and show some photos, it’s one of my favorite cities and there are lots of good memories in my mind when thinking about Stockholm.

As already stated, photography was not the main goal of the trip so I had only the “small equipment” with me. The Olympus OM-D E-M1 stayed at home in Frankfurt, I had a small bag with my two PEN E-P5 with me, including the M.Zuiko 9-18, the PanaLeica 25mm F1.4 and the M.Zuiko 45mm F1.8 lenses. That was more than enough for some street photography, portraits and wide angle photos of the city. I always have too much equipment with me on my trips and should downsize, this was a good start ;).

One weekend in Stockholm is not much and since we’ve been on a ship for 24 hours the locations we visited were rather limited. We stayed the first night in Gamla Stan (the old city). Since I arrived at 11pm in the hostel and we had to go on the ship the next day there is only one single photo from Gamla Stan that I can show. At least it’s a photo I like and that consequently became the featured photo of the article ;).

Befor we entered the ship we visited the alcohol museum, the Spritmuseum in Djurgarden. It’s a good choice if you already know the big ones like the Vasa museum and you don’t want to spend much time in a museum. The museum presents it’s content with humour and is worth a visit. You also get some interesting information about the hangover, something that was not completely unimportant for us ;). After we had a beer and took a walk in Djurgarden we took a ferry to to our hostel, took our luggage and went to the ship to Mariehamn. 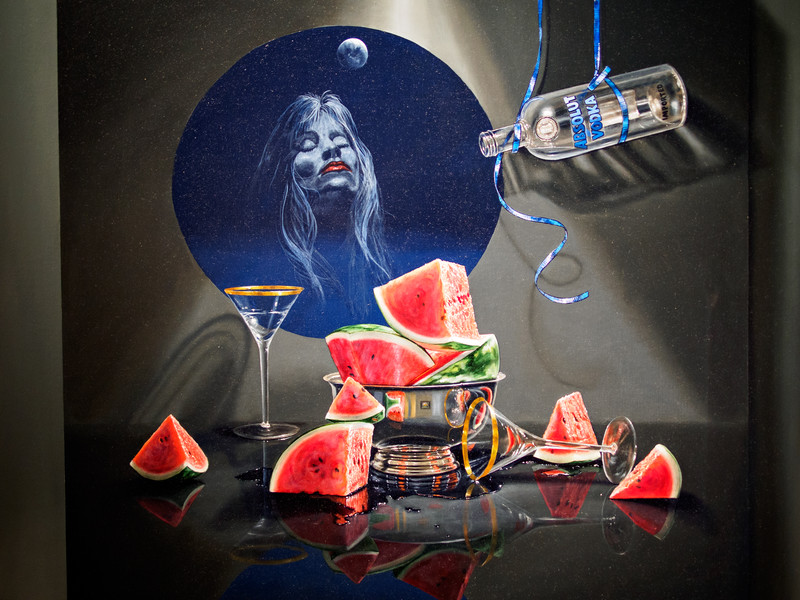 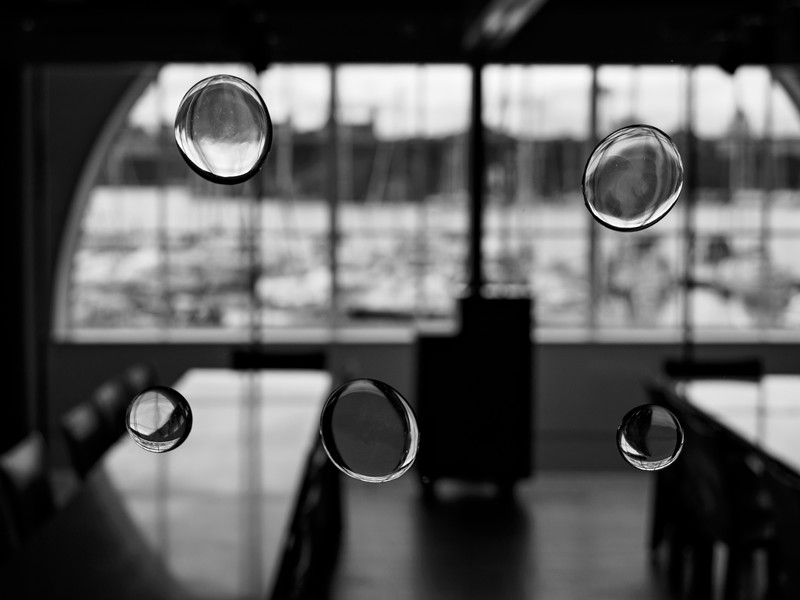 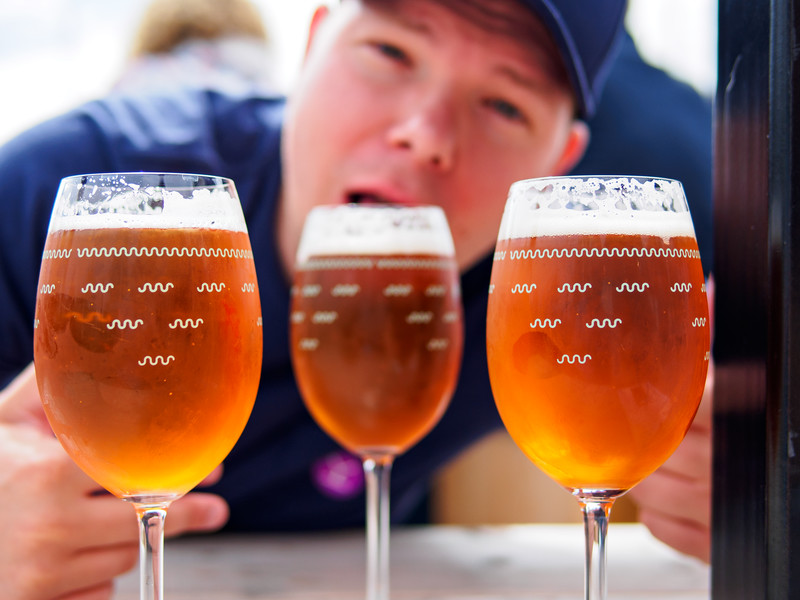 The boat trip to Mariehamn with the Viking Line is always a party and duty free shopping tour. The boat reaches Mariehamn but as far as I know nobody leaves the boat except some suppliers. While leaving the Stockholm harbour you have a great view on the city and some gulls are with you. The swedish people get on the ship to party and to buy some duty free alcohol since it’s very expensive in Sweden. The cabins are very cheap (at least if you are satisfied with a cabin without a window) so you don’t spent much money for your accomodation. My cameras were left in the cabin most of the time, nobody is interested in party pictures for sure ;).

After we left the ship the next day we went straight to our final destination, the Skanstulls Hostel in Södermalm. We already knew that place from other trips and we knew there is a good party around the corner in Trädgarden. So after we checked in we went to Trädgarden in the afternoon. Unfortunately you have to queue again in the evening if you leave the place on the afternoon and the queue was so long in the evening that we decided to go to another place. Since I had to leave Stockholm early in the morning I tried to go to bed not too late so I don’t miss my flight. These are some impressions of the Skanstulls Hostel and the Trädgarden Party on the afternoon: 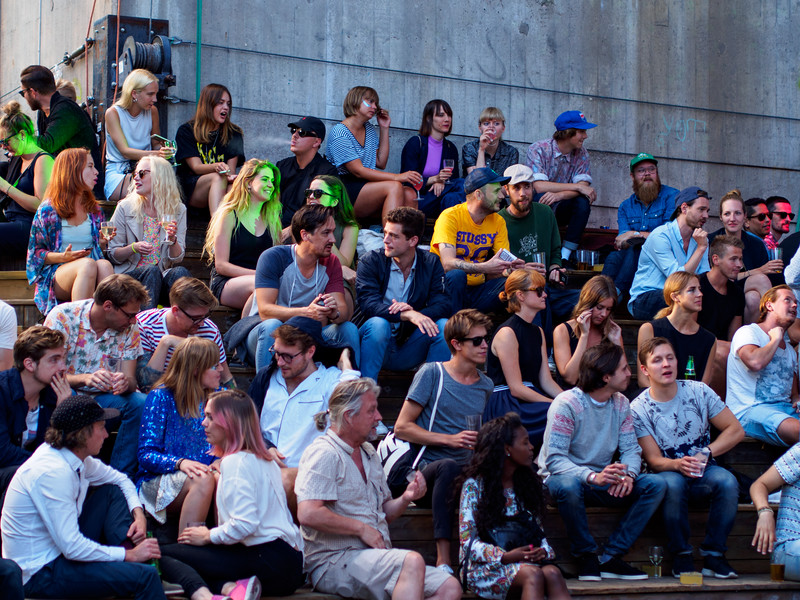 Stockholm is an amazing city that I can highly recommend, this was only a short glimpse on what the city has to offer. I hope I will have many more revival trips with my friends in the future, it’s always an amazing time and one of the highlights of the year.

Have you been to Stockholm yet and do you have recommendations? Pleasew write it down in the comment section!